React JS is essentially a Java script library that allows you to create reusable code. React code is used by developers to create interactive parts for websites, online applications, and mobile apps.

React JS is a lightweight JavaScript toolkit that uses shortcut pathways and UI components that are reusable to speed up UI development. All of the front-end web apps and mobile apps can use React JS to handle the view layer.

The data object model, or DOM, explains how documents on a web page are accessed and changed. React JS generates a virtual DOM that is a perfect replica of the real one. When the state of an item changes, the Virtual data object model only affects that change in the object in the real DOM, allowing for speedier processing.

When hiring React JS developers the following points should be kept in mind:

1.   Size and Scope of the Project

The cost of employing React developers is influenced by the project’s size. As a result, depending on the project’s scale, each project will have various needs.

In addition to the scale of the project, the degree of competence, the time it takes to hire a developer, and the number of procedures involved affect the hiring procedure of React JS developers.

In small projects like calendar applications that do not need maximum fixing, not a large number of developers would be needed. A small group of developers will be enough to complete the project instead of a whole team of React developers.

As the scale of the project keeps increasing the number of developers needed will also increase. Before hiring React developers, layout the plan of your project to get a better understanding of how many developers will be required to complete your React project.

Identify the features and technologies that your React JS project will have so that you can hire dedicated ReactJS developers with those skills accordingly.

When building a React JS project the developers should have knowledge about the following technologies and should get more info about React JS development services:

Hiring a freelance React JS developer might be a fantastic idea if your project has a small scope and requires just minor bug fixes. Get more info about Best React Js development services.

Furthermore, you are not liable for providing them with a workplace or compensating them for their vacation time as the majority of freelancers work from remote locations.

You must only pay for the hours that the freelancers spent on your project. Business companies will have an easier time finding a skilled developer without exceeding their budget.

Choosing freelance developers provides you access to a wide pool of talent all around the world.

Hiring a freelance developer is cheaper than hiring a full-time development team but it has its own disadvantages.

The majority of freelancers are hired through a contract that is dependent on the project’s size and duration. A freelancer developer may be working on many projects at the same time, lowering the quality of their work.

If your project necessitates many specialized developments, you should Hire React Js development team. A team may be a dependable growth partner because they handle the management process as well.

You will have access to the greatest brains if you work with a team of developers. The specialists will not only assist you in validating your concept, but they will also make suggestions for how to improve the product.

A React JS development team’s technological competence is second to none. As a result, it will assist you in developing sturdy and scalable goods while also keeping you ahead of your competitors.

In the team, the hiring process takes time. Even so, you may save a lot of time because a team will only provide you with an experienced workforce.

Let’s move on to the cost of hiring a React JS developer. The role of the developers and their experience as well as expertise will define the hiring cost.

The various levels of React JS developers are as follows: 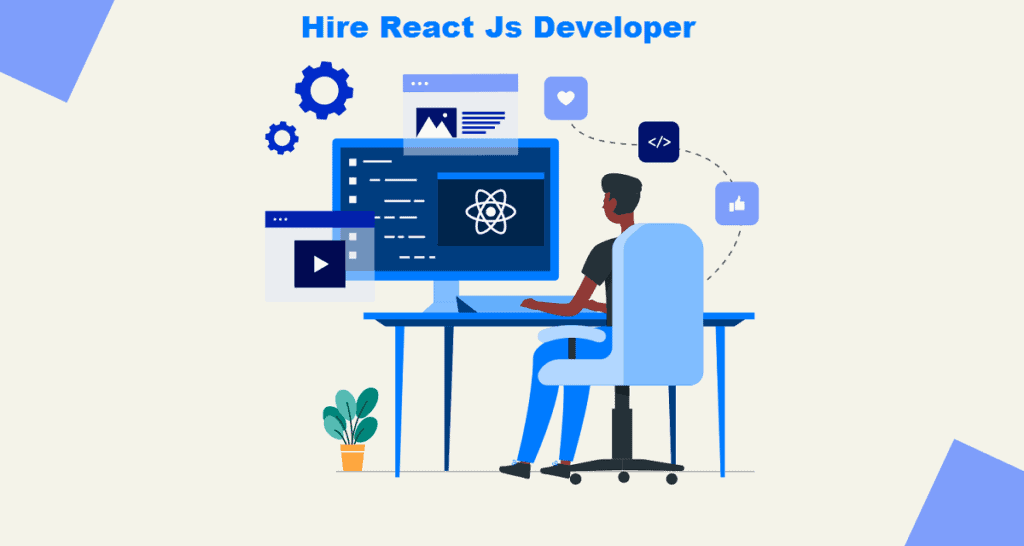 Junior developers are new graduates. They have a rudimentary understanding of the framework and are capable of doing basic development tasks. Furthermore, they should be able to deal with CSS, Javascript, HTML, and knowledge of libraries like ReactJS, and Redux

Junior React Developers are hired while working with small projects or when your company needs developers that you can groom according to your company’s requirements.

Junior React developers should be familiar with Git source control, including branching and release management. Another important factor is the desire to master sophisticated coding techniques and frameworks.

Junior React developers can help senior developers with their jobs and debugging in a timely manner. Furthermore, engaging with designers to create a rich user experience is critical. As a result, they may even take part in the design and technical reviews to offer input on specific front-end features.

Intermediate React Developers should be able to follow particular development duties such as developing class and functional components. They should also have knowledge about front-end JavaScript frameworks such as AngularJS, CSS preprocessors, and CSS frameworks.

Developers with 3 to 5 years of experience are expected to use React testing libraries to test components and get data from an API asynchronously.

They must also be able to decipher wireframe designs and translate them into a usable user interface with a variety of edge cases. Additionally, the ability to define infrastructure as code and do automated deployments is a plus.

Senior React Developers have the capabilities to create a whole application, including third-party connectors and debugging, along with the working expertise in MERN Stack Development.

The majority of senior developers are in charge of development teams and may provide guidance to rookie developers. Furthermore, these programmers have worked with cloud technologies such as Amazon AWS, Microsoft Azure, and Google Cloud Platform.

They also understand how to use React libraries and the framework’s pre-built tools. One of the most important advantages of experienced developers is their ability to mentor junior developers while projects are being developed.

As a result, investing more in senior developers makes sense since they provide expertise, practical knowledge, and mentorship. Senior developers, on the other hand, might actively engage in the development planning process and recommend critical resource requirements.

Along with the levels of React developer, the hiring cost also depends on the locale where you are hiring from.

Countries like the USA, Mexico, and Canada in North America are very large markets for hiring React developers. The average salary of the React developers offered in these countries is way more than to the salaries of any other region around the world.

The explanation for this is simple: developers in these countries have extensive experience working with large software firms. As a result, the market for developers is competitive, resulting in better pay.

The Asian countries have a talent pool of developers with varying degrees of expertise and understanding of sophisticated technologies such as Machine Learning, Artificial Intelligence, and other similar technologies.

In countries like France, Spain, the United Kingdom, and Germany, a variety of React developers with varying degrees of experience and competence are available. The United Kingdom is already a technology-driven market, with IT industry revenues reaching £2.56 billion.

As a consequence, Europe has become the go-to place for many firms looking to hire React developers, owing to these individuals’ familiarity with European data rules.

Before hiring ReactJS engineers, you must first establish your goals and desires as a business and You need to Learn basics of ReactJS Development . Clear thinking will assist you in selecting the top candidates from your skill pool.

When it comes to hiring, it’s up to you as the project manager or employer to know exactly what you’re looking for in a React developer, how you want the application to work, and how much time you have.