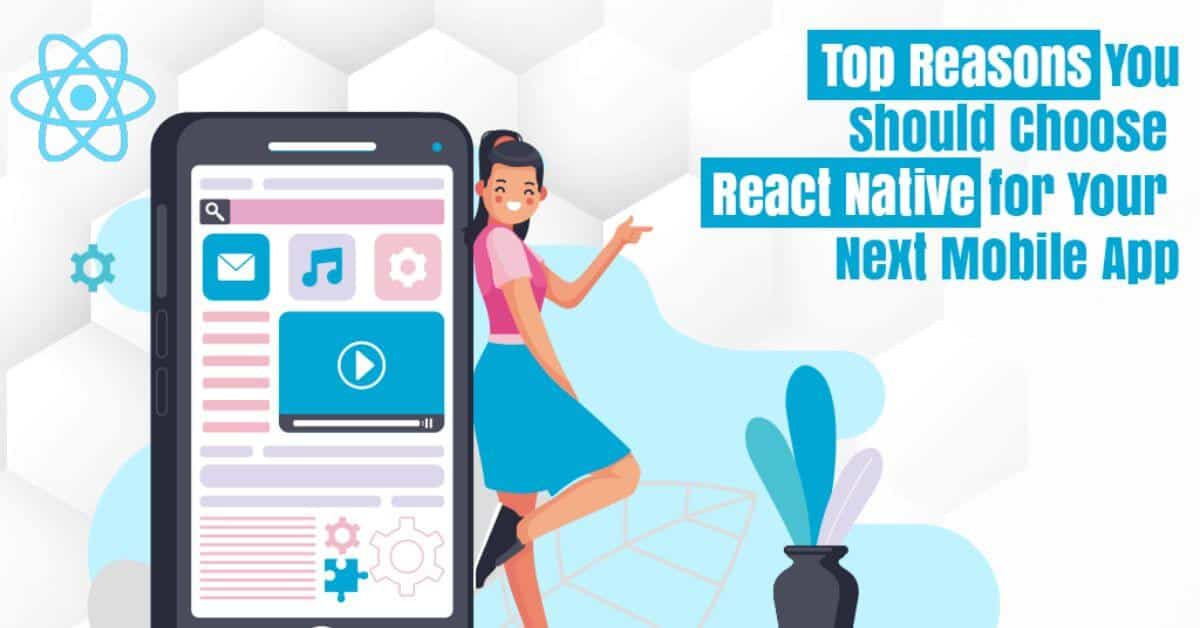 Developing a mobile app is an intelligent initiative for businesses to succeed in today’s tech-savvy environment. The process of creating a mobile application is complex. Before your app is ready to launch, you must put a lot of work and effort into it. Today, the procedure is more effortless thanks to technological developments and app development framework advances. The creation of React Native frameworks is one of these technological advancements. This blog focuses on the top reasons that make React Native the absolute choice to achieve mobile appdevelopment.

Applications have dominated the market in the rapidly evolving technological era. Making an app is now simpler than ever before. The main concern is always which platform to choose and which app will be best for the company. That was when Google‘s prominent React Native app development option came into play. The programming language has completely overtaken the market for developing apps. It has dominated several development spheres and is one of the many technological advancements. Thus, talking about the benefits of using React Native when creating apps is vital. Carefully read through all the information.

Using a single code base and React Native, you can create fully functional Android and iOS platforms in less time. Both Swift and Java are not required for iOS and Android. React Native does away with the prerequisites, saving businesses from employing 2 separate teams of developers to maintain two different base codes.

React Native framework is used by well-known firms, including: 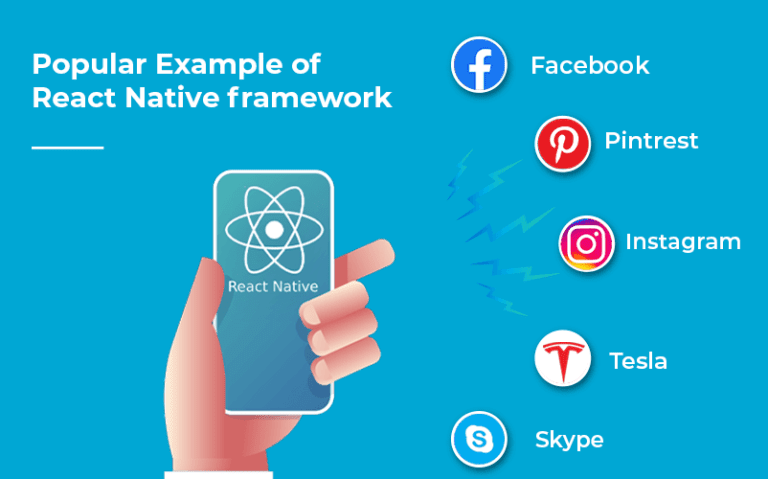 What Percentage of the Market does React Native Hold?

React Native is cherished increasingly as a practical way to create cross-platform mobile apps without spending a fortune. How popular is it, exactly? Let’s look at React Native’s market share to understand its popularity in the app market.

When you consider the current top apps in the App Store and Google Play Store, the statistics become even more illuminating. 14.85% of installed apps among the top 500 apps in the US were created with React Native.

React Native framework is the 3rd most popular framework in the top US apps domain, after Kotlin and Android Architecture Components.

Why Use React Native When Developing Mobile Apps?

The basic idea underlies cross-platform mobile app development. It adheres to the principle of write once & publish everywhere. You can reuse the written code for Android and iOS apps.React Native developers are no longer required to create different designs for several platforms. One piece of code for all platforms is sufficient, relieving the developers even more.

JavaScript serves as the primary language of React Native. With tools like code push, it can rapidly launch updates into a user’s device and supports cross-platform app development. The React Native developers can make updates without going via the App Store.

The creation of new software for any mobile application is challenging. But it gets easier with the assistance of React Native.  Facebook deals with React Native, which also has exposure to many JavaScript libraries. These plugins allow you to create high-performing apps.

Utilizing a single codebase is one of the key benefits of React Native framework. When creating the base code for an application that can operate on both the iOS and Android platforms, React Native combines React JS with a native UI library and native APIs. As a result, cross-platform apps perform at par with native apps.
To create a better mobile application with all the native functionalities, we can reuse the state management, component logic, and React hooks from a web project that uses React JS. This speeds up the development process and lowers the overall cost of creating the app. Faster development entails releasing your app as soon as possible and entering the competition before the schedule. Additionally, you don’t need to engage separate developers to create apps for iOS and Android devices owing to its one codebase technique.

At its core, React Native offers a hot and live reloading feature. The live feature automatically reloads the entire application once changes are made, unlike hot reloading, which reloads the modified region. With the help of this functionality, the developers can edit the code in real-time and make corrections while the program is loading. Testing and development are made easier as a result.

React Native has the most significant community support out of all the cross-platform technologies. It enables community experts to assist your devs. React Native app development will undoubtedly maintain its importance in the future, thanks to Facebook’s growth and the assistance of numerous businesses and open source contributors.

React Native uses the open-source JS library because it is an open-source platform. Therefore, finding and hiring potential developers for your project won’t be too difficult for you. Additionally, React Native is simple to learn and gives your developers quick access to it.

The article above covered the advantages of React Native. But much like any other mobile app development library, not everything about React Native is ideal. Due to React Native’s youth, many components are not yet accessible.

In summation, React Native offers a variety of distinctive advantages. It is easier to create, provides excellent quality, simulates a Native app’s functionality without creating one, etc. However, the technology stack you choose will primarily depend on the needs of your firm. So, You can learn How to Hire React Native Developer? and What does it cost?

We are a reputable mobile app development company with exceptional React Native development services. We can deliver the best-in-class cross-platform mobile app development services based on your business requirements. Moreover, our obligation doesn’t end when we release your app. Your company’s demands will evolve, and we’ll be there to adapt to those needs. We pledge to deliver all modifications connected to development that you request without fail and fuss. Therefore, schedule a meeting with one of our tech specialists to review your needs if you have an app idea ready.so,